Robert Kiyosaki Explains Why MLM Is “The Perfect Business”

Why MLM Is The Perfect Business

Entrepreneur Robert Kiyosaki is the author of the best selling business books of all time, the “Rich Dad, Poor Dad” series.

His message in all of his books is the same: “Take responsibility for your finances – or get used to taking orders for the rest of your life. You’re either a master of money or a slave to it. Your choice.”

In his most recent book “The Business Of  The 21st Century” Robert Kiyosaki describes one business model he believes holds the greatest promise for building genuine wealth for the most number of people. That business is called network marketing.

In 1971 President Richard Nixon took America off the gold standard. The US government was now free to print as much money as it wanted without any constraints whatsoever. The result was the greatest sustained economic boom in history. By 2007 the bubble had burst and the house of cards began to collapse. Reality sandwiches time had arrived.

As they used to say, “As GM goes, so goes the nation.” In 2009 GM went bankrupt. The crash is continuing to unfold and there is no end in sight.

And yet the economy is not the issue, says Robert Kiyosaki. The real issue is about YOU.

“If you want to create security for your future YOU need to create it. You need your own business.”

There is a silver lining. And it is that a recession is the best time to start a business. Times of economic uncertainty have always been times of great creativity.

The problem for most people is that starting your own business is one of the riskiest of all ways to wealth. The failure rate is extremely high, 90% or more in the first 5 years. And if you fail guess who gets stuck with the bill? Even more, entrepreneurs starting up their business typically pay everyone else except themselves. The typical successful entrepreneur often goes 5-10 years without a paycheck.

Another option is to buy a franchise. Having a franchise removes much of the early risk as the groundwork is already done but still, startup costs are significant. And even then, a third of all franchises go broke.

Robert Kiyosaki and fellow investor Donald Trump have chosen network marketing as the one business model that stands out from all the rest because:

1. Only a small cash investment is required to start it.

2. Overhead costs are low. It can be operated on a flexible part time basis until enough cash flow is generated to allow the entrepreneur to transition out of his/her full time job.

The beauty of the model is that unlike a traditional business where large sums of money are spent on advertising and marketing, the parent company pays the people who love the products the most to tell others about them and as we all know, the single most potent form of advertising is word of mouth.

Today network marketing is recognized by many experts and accomplished business people as one of the fastest growing business models in the world. Network marketing companies are currently doing $110 billion/year in sales globally.

The reason that network marketing keeps growing is it is a true win-win situation. The company gets an amazing level of market penetration and a customer awareness that would be difficult to get with traditional marketing; and the independent rep gets to create some significant cash flow.

We build our own business online, and you can too. 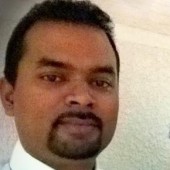 I love to travel and explore new places and have started a new passion for photography and running a successful online business. This is how I make commissions from the Internet -- CLICK HERE

Why You Need To Build Your Economy

How To Prospect Your Network Marketing Business On The Internet

Value of an Internet site for Your Organisation

Single Moms Can Work From Home! 3 Tips to Starting a Women’s Home Based Business

Buy me a coffee